Matthew Montgomery is a writer, director, producer, and actor whose career began in 2002 when he starred in Gone, But Not Forgotten, an LGBT film which played in over thirty film festivals around the world and was the "Top Ten Best Seller" for TLA Video for 2003 and 2004. He later went on to star in and produce several independent features when he teamed up with Guest House Films.In 2008, Matthew starred in the psychological thriller, Pornography: A Thriller, as well as the award-winning gay indie drama, Redwoods. In 2010, he was the recipient of the Artistic Achie... (continued) 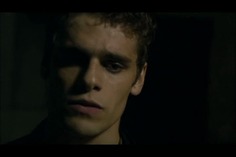