An actor, comedian and writer, Seth Rogen has come a long way from doing stand-up comedy as a teen.Rogen was born in Vancouver, British Columbia, to Sandy (Belogus), a social worker, and Mark Rogen, who worked for non-profits. His father is American-born and his mother is Canadian. He is of Russian Jewish descent. He attended Vancouver Talmud Torah Elementary School and Point Grey Secondary School (although he dropped out of high school to move to Los Angeles) and was known for the stand-up comedy he performed at Camp Miriam, a Habonim Dror camp. At sixteen, Rogen ... (continued) 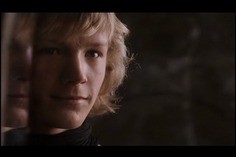