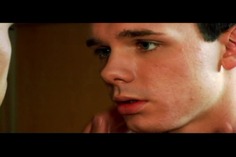 A theatrically trained actor with a passion for film, Sean received his bachelor's degree in performance from the University of Maryland. Shortly after graduating, Sean left his hometown of Baltimore and headed to Los Angeles, where he spent several years appearing in numerous theater and independent film productions. Some of his favorite credits include "The Elephant Man" (title role), with make-up by Academy Award winning artist Barney Burman, "Tracers", for which Sean received recognition from Stage Scene LA for his portrayal of Dinky Dau, and "Sinners" (Dylan T... (continued)