Jonathan was born and raised in Corner Brook, a pulp and paper town on the west coast of Newfoundland. He is one of three sons to parents Barbara Ledwell and Wayne Watton, who were both teachers. His father introduced him to film at an early age, often screening 16 mm prints from the National Film Board of Canada in the living room for his brothers and kids in the neighborhood. Soon after, his mother enrolled him in a local theatre program and it was those early experiences on stage that would lead him towards a career as an actor.Upon graduating from Memorial Univ... (continued) 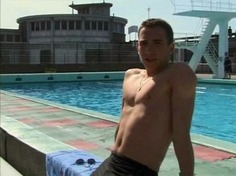