David Bowie was one of the most influential and prolific writers and performers of popular music, but he was much more than that; he was also an accomplished actor, a mime and an intellectual, as well as an art lover whose appreciation and knowledge of it had led to him amassing one of the biggest collections of 20th century art.Born David Jones, he changed his name to Bowie in the 1960s, to avoid confusion with the then well-known Davy Jones (lead singer of The Monkees). The 1960s were not a happy period for Bowie, who remained a struggling artist, awaiting his br... (continued) 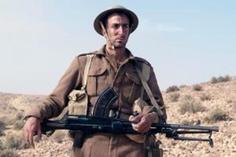