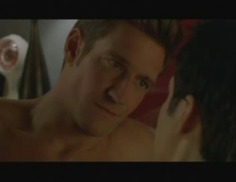 With several decades of wide-ranging credits to his name, Robert Gant has become a well known actor and participant both in Hollywood and abroad. From television to film, dramatic to comedic, his portrayals have spanned all genres. In one of his most well known roles, Robert starred as Professor Ben Bruckner in Showtime's hit television series, "Queer as Folk." In that groundbreaking show, Robert explored broad dramatic terrain through his character, including being married in the first legal gay marriage ever portrayed on television. His list of credits include re... (continued)