Toronto native, Chris Potter, is a veteran of the film & television industry.Having appeared in over 450 episodes of various programs (including the Lead of 8 television series), in 10 feature films, in excess of 20 TV movies, and having directed 15 television episodes, Chris is without a doubt one of the hardest working individuals in the business!Chris stars in CBC's internationally airing hit show Heartland.Chris starred in the made-for-television feature The Good Witch and its six sequels. The films' success led to Hallmark turning it into a television series.C... (continued) 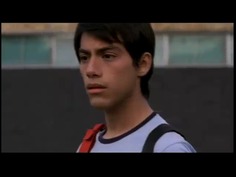