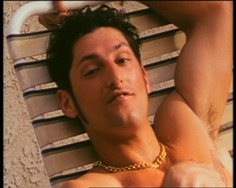 Handsome and muscular model, artist, and actor Anthony Borden Ward was born on June 10, 1963 in Santa Cruz, California. He grew up in San Jose, California. His father Robert Borden Ward was born in Kansas while his mother Karen Elizabeth Castro grew up in Northern California. Tony was discovered by a scout while attending West Valley College in Saratoga, California and started modeling at age eighteen. Among the photographers Ward has worked with throughout his long, varied, and impressive career are Herb Ritts, Karl Lagerfield, Steven Klein, Terry Richardson, Greg... (continued) 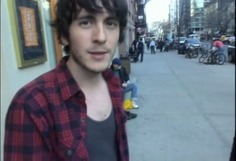