Wentworth Miller is a compelling and critically acclaimed actor whose credits span both television and feature film.Wentworth Earl Miller III was born June 2, 1972 in Chipping Norton, Oxfordshire, England, to American parents, Joy Marie (Palm), a special education teacher, and Wentworth Earl Miller II, a lawyer educator. He has two younger sisters, Gillian and Leigh. His father, who is black, is of Afro-Jamaican and African-American (along with English and German) descent. His mother, who is caucasian, has Dutch, French, Swedish, Lebanese/Syrian, Austrian, and Rusy... (continued) 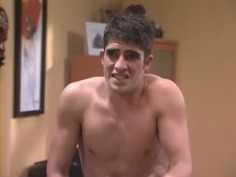