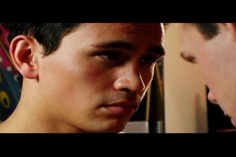 Owen Alabado was born in Janesville, Wisconsin to Wisconsin native Gwennie Riese and Filipino native Miguel Alabado. Owen caught the acting bug when he was cast as Santa Clause in the 3rd grade Christmas play. After doing high school plays, musicals, show choirs, and talent shows Owen ventured to the University of Wisconsin: Stevens Point to obtain his BFA in Acting. After a stint in regional theater Owen then made his move to Los Angeles to pursue his career in film and television. Owen got his first TV break landing the role of the Accuser in the "Michael Jackson... (continued)