Freddie Prinze, Jr. was born on March 8, 1976, in Los Angeles, California, to Kathy Prinze (née Kathy Elaine Barber) and comedian/actor Freddie Prinze. He is of Puerto Rican, German, English, and Irish descent. Freddie lived in Albuquerque, New Mexico, in his early life. He attended three different schools during his childhood: Eldorado, Sandia, and La Cueva. After graduating in 1994, Freddie moved to L.A. to focus on an acting career. He immediately garnered featured roles on several episodic series, one of which was an episode of Family Matters: The Gun (1995), ... (continued) 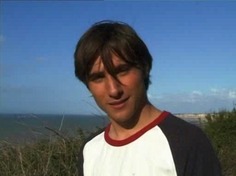