Jason Matthew Biggs was born on May 12, 1978, in Pompton Plains, New Jersey, to Angela (Zocco), a nurse, and Gary Biggs, a shipping company manager. Jason has two sisters, Heather, a tax specialist born in 1971, and Chiara, born in 1980. He was raised Catholic, and is of English and mostly Italian descent. Jason started acting at age five, appearing in several national commercials. In 1991, at 13 he won a part on the FOX sitcom Drexell's Class (1991), but the show was canceled after one season. Also during that year, he made his Broadway debut opposite Judd Hirsch ... (continued) 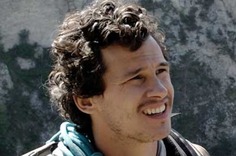