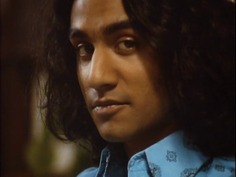 Born Naveen William Sidney Andrews in London on January 17, 1969. His parents were both Indian immigrants from Kerala, India. In high school, he auditioned for drama school and was accepted at London's Guildhall School of Music and Drama. Two of his classmates were Ewan McGregor and David Thewlis. His studies paid off when he won a role in Hanif Kureshi's film, London Kills Me (1991). He is best known for his role as that 'Sikh bloke' in The English Patient (1996) and as Sayid in the popular television series Lost (2004). He splits his time between homes in Los Ang... (continued)