Edgar Ramirez Arellano is a Venezuelan actor, born on March 25, 1977 in the city of San Cristobal (Tachira State, southwest Venezuela). He is the son of Soday Arellano, an attorney, and Filiberto Ramírez, a military officer.Being the son of a soldier and living abroad with his family, he learned several languages, like English, German, Italian and French, as well as his mother tongue, Spanish. He studied Journalism (Comunicación Social) at the Andres Bello Catholic University, in Caracas. He began exploring his acting vocation, playing on several school made film... (continued) 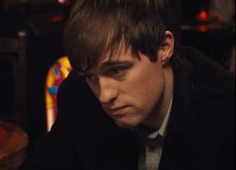