Tall, gaunt, and particularly effective in horror and drama films, British actor Julian Sands was born in Otley, Leeds, West Yorkshire, to Brenda and William Sands. He came to the attention of NBC when the network cast him in the TV miniseries The Sun Also Rises (1984) and then with Anthony Hopkins in the television film A Married Man (1983). Sands also got noticed for his very small roles in Privates on Parade (1983) and The Killing Fields (1984). It wasn't until his funny and romantic role opposite Denholm Elliott in A Room with a View (1985) and then his unusual... (continued) 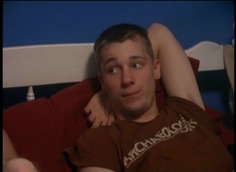