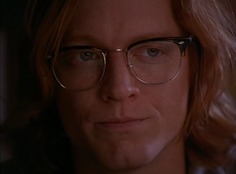 Eric Cameron Stoltz is a theater-trained actor and producer who has starred in both independent and studio films. He was born on September 30, 1961 in Whittier, California, to Evelyn Vawter, a violinist and schoolteacher, and Jack Stoltz, an elementary school teacher. He has German, English, and Scottish ancestry. Eric was raised in both American Samoa and Santa Barbara, California, where by the age of fourteen, he was earning money by playing piano for the local musical theater productions, including "Mame" starring Anthony Edwards, whom he co-starred with as two ... (continued)